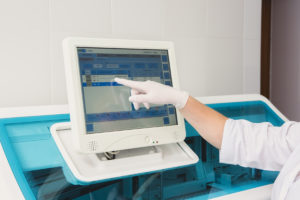 Exemplar Medical seeks to invest in innovative products and technology to reduce healthcare costs while simultaneously improving health outcomes. Currently, the company is developing a percussive therapy device to allow people living with Cystic Fibrosis to remain active physically while receiving their therapy.

The percussive therapy device was originally developed by an individual whose son was suffering from CF. His son was using a vest to receive therapy that required him to remain sedentary for hours every day. He created the device to allow his son to live an active, normal life. Exemplar worked with the inventor to patent his device and build a commercial prototype.

Exemplar Medical will seek FDA, 510K approval for the device early in 2018 and begin marketing it thereafter. The expected price of the device will be roughly 65 percent less than devices providing comparable therapy.

Exemplar is also developing a state-of-the-art poly-axial pedicle screw system for spinal fusion surgery with an anticipated cost of less than half of comparable systems available today.